Download Viddsee App to Watch Asian Short Indie Films: Everyone like the big blockbusters but there are also some low budget movies which most people are a fan of. If you are one of them and a fan of Short Indie Films you must have heard about the Viddsee, if you haven’t before, today we are going to tell you about it. The Android app Viddsee has a gathering of the most entertaining and zealous short Indie films. This app concentrates on working and showing films of Asia.

Here we are discussing the long 2-3 hours long films but the short films of 5, 10, 15 minutes. Viddsee app daily updates the new films for the viewers. Viddsee has different genres like drama films, horror films, documentaries, and comedy. Some other titles like important women’s problems, sexuality are also delivered by Viddsee.  These short films match with your work and you can watch them in your free time. You can download the application on your smartphone. You can also access their website if you are a desktop user. Now proceed to the given link to download Viddsee app to watch Asian short Indie films. Viddsee has a lot of features like English subtitles, offline playbacks, etc.  The offline tracks in the app start syncing their self when the device is connected to a Wifi connection. You can easily sign-in at Viddsee by your Facebook accounts. After sign-in you can easily select the topics you are interested in and make your own feed.

There are two options on the videos, one is “Read” and the second is “Watch”. You can read a little about the film before starting watching it or you can simply watch the film directly. All the films have a little bit of description below just like the YouTube videos. Alright here is the official list of All the Viddsee app features. 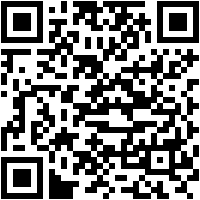