Most smartphone and tablet users use them as their primary devices, meaning they often contain apps with sensitive content and don’t have app lock on their devices. Apps that offer private galleries and banking, for instance, or photo apps.

If you let others use your devices, locking your apps will prevent them from accessing this content. The specific process varies based on your device. Recent studies show that most smartphone and tablet users use their mobile devices as their primary devices.

Therefore, we should not be too surprised if a lot of sensitive content is found on those devices.

Some of the most common features that make a product attractive to the user are security, convenience and privacy. These three factors can be considered as status symbols for some people. In addition, there is also another factor that is becoming more important – this time its price.

We are all familiar with our mobile phones, and we do not want to deal with excessive battery drain or inconvenience when we are on the go. Smartphones have come a long way in terms of design and functionality but still, have some improvements that can be made to create a more desirable product.

Smartphone manufacturers include app locking capabilities as standard features. One of the best examples of this is Samsung’s Secure Folder app, which, despite its name, allows the locking of apps so the right PIN or fingerprint can only access them. Samsung Knox, the company’s broader security platform, administers the app locker.

A step-by-step video tutorial provided by Samsung describes locating and using the Secure Folder app, found under Settings > Biometrics & Security > Secure Folder. To add a pattern, PIN, or password to Secure Folder, you must first agree to the terms and sign in to your Samsung account.

In case if a user forgets or forgives their password, it will not be saved in their device but the application locker. This way, there is no chance of hackers getting into their devices and accessing their data stored there.

The user can also use their fingerprint to enter the app locker when selecting the “Fingerprints” option. If you fail to use biometric authentication too often, you’ll be forced to use a PIN, pattern, or password.

You can tap on the Secure Folder at any time to add content to it or unlock it when it has been created, but it may take a few minutes. The user can add files, folders, and apps; there are options to search for programs on the Google Play Store and Galaxy Store and add applications already installed on the device.

Several third-party options are available on the Google Play Store that you can install if your Android device is not preloaded with an app locker. These include AppLock, Smart AppLock, Norton App Lock, and Vault.

There is no similarity in the core functionality of each app, which is securing apps behind a fingerprint and PIN and password.

After installing the app, you’re prompted to create an account, including syncing, backing up, and recovering data. If you forget your password, you can retrieve access using a regular email address as your username.

You’ll be prompted step-by-step through the set-up process by the app itself, including adding a password, adding a PIN, and selecting whether you want to enable any extra features.

Intruder detection is one such feature, which automatically takes a photo with the front-facing camera when an intruder attempts to open the app locker and fails. Apps may also have features like ordinary icons, a calculator or a calendar hidden in plain sight.

Third-party apps may not be as convenient as built-in applications, but they have one major advantage: you can switch them out if one doesn’t work.

This was the guide on how to lock apps on Android devices. Please let us know in the comments area below if you have any questions. 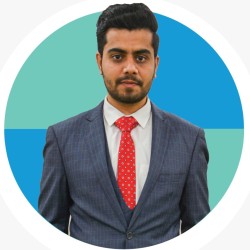 Hello, this is Munim. I’m a professional SEO content writer. I have worked in the SEO industry for over 3 years and have written content related to almost every kind of niche. I understand the ins and outs of SEO and how to write content that will rank highly in search engines. I help my clients to create engaging and compelling content that will convert their visitors into customers.