Today, we are sharing a detailed guide on How To Enable Developer Options And USB Debugging On Android. Developer options and USB debugging may sound like two terms you’d never have to deal with. Google hid Developer options back in Android 4.2. since most “normal” users don’t need to access the feature. This results in less confusion and keeps it out of sight. But if you’ve ever tried tinkering with your Android you have most probably heard those terms. Enabling Developer options and USB debugging, in that respective order, is the first step towards using simple adb commands or even unlocking the bootloader, rooting and installing custom ROMs. To Enable USB Debugging, you’ll first have to Enable Developer options. Here is how you can do that.

USB debugging relates to the act of tracking bugs via USB, as the name suggests. Traditionally, developers use this process to test software and find problems using the Android SDK on a computer. But lately, it has been just as useful to users, whether it is to grant special permissions to certain apps or rooting. Go ahead to the following guide that will help you to Enable Developer Options And USB Debugging On Android.

USB debugging used to a security nightmare on Android but that was until Google did something about that. Even if you enable USB debugging, it has to be allowed on the phone first before anyone with a computer can start tinkering with your phone. So as long as you use a secure lock screen you should be quite safe. Yet, if for some reason you still don’t feel satisfied, you can just go to Developer options and toggle the switch on top. This will disable all Developer options including USB debugging. When you need it, simply toggle it back on. 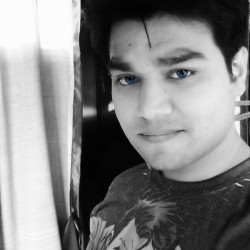