Huawei rolling out the B130 update via OTA (Over-the-Air), so the update may take a couple of days or even weeks to reaches in your region. We have given the download link to the build number NEO-L29C721B130.

If you are excited and can’t wait for this OTA official update then still you can install Huawei Mate RS B130 Firmware Update manually by following this detailed guide. The Android 8.1 Oreo update is ready to download and install for Europe region. Not necessary but it is better to take the full backup of all your valuable data. If you are interested in installing Android 8.1 Oreo official update on Huawei Mate RS B130 Firmware Update then goes ahead and follow the given steps.

DroidGuides will not responsible for any kind of damage occurred to your device during or after the installation process. Please proceed at your own risk.

1: – First, download the update file for your Huawei Mate RS device from the link given above.

2: – Create a folder named “dload” in the root of the internal storage of your device.

3: – Transfer the “Update.app” file you downloaded to this folder.

4: – Next, navigate to the Settings app and go to Update option. Press the menu key and chose Local update.

5: – The file will be shown there, just tap on it and initiate the update process.

6: – This process may take some time, so wait for the process to finish successfully. Once the update process is finished, the phone will Reboot automatically.

Done! You have installed the Android 8.1 Oreo official update on Huawei Mate RS B130 Firmware Update.

You have successfully flashed the Huawei Mate RS B130 Firmware Update by following the above-given guide. If you have any queries or trouble then please let us know in the comments area below. 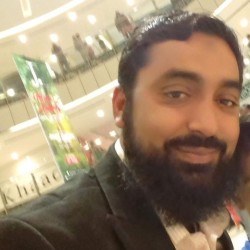