Smartphones have really changed our lives for better or worse. The little things that can do so many things it’s practically magic. One of the industries the smartphone market has hit is the digital camera industry. Smartphone cameras can’t compete with digital cameras of course. But they have brought the digital camera into the hands of every person. The quality of it might not be as good but today’s smartphone cameras are not that bad either. Today more pictures are taken in a single day than have ever been taken in all those years before digital cameras were a thing. Everybody loves taking pictures and sharing them. Secure Photo Viewer just lets you share them in a secure way. I’ll explain.

As long as people have cameras there will be people who take pictures of private things. Maybe you do too, maybe you don’t. It may not necessarily be a sexy picture of you, it could just be something just as private. Like your family pictures that you probably hide from your friends for some reason. Then there are also pictures that you’d want to show around to your friends, right on the same phone. But how do you pass around your phone so that your friends only see the pictures you want them to see? Many of you must’ve faced this at some point. Because the last thing you want to do is give them the phone to show them photos of your vacations and accidentally give them a glimpse of your naked mirror selfie. The easiest answer is to use some media locking app to hide those pictures away from prying eyes. But that method seems a bit dated. Before fingerprint readers on smartphones were a thing, most people did not secure their lockscreen. Today, most people do, So it’s not like anyone can pick your phone and start browsing through the photos gallery. They can only see it if you unlock and give it to them. So most of the time, you’re the only one with access to your phone. Hiding your own private pictures from yourself does not sound like a very bright idea. Secure Photo Viewer puts a different spin to the photo hiding methodology.

Instead of hiding the photos you don’t want to see, Secure Photo Viewer leaves the pictures you want to show and hides everything else. If you remember, Google has already tried doing something similar with App pinning. It couldn’t really work for this kind of a purpose since it only pinned a certain app to the screen. Anyone could still do whatever within the app. 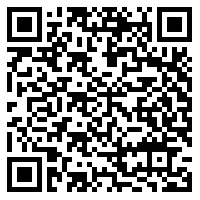 The app is developed by GreeTech specifically for the purpose stated above. It lets you select photos stored on your device and then those will be the only photos, anyone, you hand over your phone to can see. For this to work though make sure you have a secure lockscreen: PIN, password, pattern or fingerprint anything will do. To add the photos you want to show someone, just go to your gallery app and select all the photos you’d like to share. Tap on the share button and select Secure Photo Viewer from the Android share menu. You’ll then see a white screen that asks you to either lock your phone or pin the app. Locking the screen is much easier and it also works every time. As soon as you tap the power button to lock the screen, the pictures you selected become viewable. Anyone can swipe through them just like they would on a normal gallery app. If your device has on-screen navigation buttons, only the home and back buttons are visible tapping which will instantly lock the device.

So no one can actually do anything on your phone other than view the pictures you want them to view. Pretty dope.

About the Author: Vivek