Communication was one of the main reasons for mobile phones to exist. Today the mobile phone has turned smart and can do almost anything we want it to do. But the core-value of smartphones are communication, without that, it’s just a slab of metal for consuming media. Communication, which was primarily wired and a big hassle, has now reached a time, where everyday video calls have become normal. These things which once cost us a lot of money are now literally free of cost. Free calling apps for Android are in the buzz now.

Android which started off as an OS running on few thousand devices has now a major market share of devices being used. Providing services free of cost has been one of Androids perks. Free audio and video calling by utilizing data is now the trend. Even though there are plenty of apps providing this service, we’re putting together a list of the top free calling apps for android. The list will be based on user ratings and downloads.

Here are the top free calling apps for Android.

What better app to talk about regarding communication. Every Android device has this app installed, as that’s how good this is. Starting out as a messenger app, it soon upgraded to voice calls and video calls, that connects over Wifi or a data connection. The voice or video adjusts according to your data speeds and gives you an uninterrupted calling experience. With over a billion downloads, this is one of the best free calling apps for Android options out there. You can also send documents, music, videos, and images with this app.

Google which is the biggest name in Android has come out with this free calling app. It has one of the best quality in video calls among all. You can also use audio calls, where the video is not permitted. Its specialty is the live feature which gives you a live preview before answering the phone. Another benefit is the cross-platform feature which allows you to make calls to an IOS device also.

People who aren’t on Facebook are in the few now. Along with Facebook comes their messenger app, which was primarily for chatting. They’ve grown to send videos and live chats and video calls. The best features of Messenger that others don’t offer, is the funny stickers and live video effects, which make video calls a really fun thing to do. You can add emojis, stickers, and GIFs to conversations or add new masks and effects to your video chats. If you have groups, group video calls are also possible, so this is one of the most feature-packed free video calling Android App.

Previously known as google talk years ago, this is Google’s messaging app that comes with a lot of features. You can have free voice and video calls and send messages to anyone who uses Hangouts. By installing the Hangout dialler app, you can make calls in some countries without even exhausting your talk-time. Just by installing the Hangouts app and having a google account, you really get a lot of Free features. This is for people who are really into Free calls for Android.

Skype, now owned by Microsoft, came into play long before its other competitors. Years ago Skype was the go-to application for video calling. It can be used on mobiles, tablets and most computing devices. This software was famous long before smartphones came into play. You can only call other people who use Skype for free. To call other numbers you must pay for credits. Since there are millions of people using Skype, that shouldn’t be a problem. After acquiring Skype, Microsoft has integrated Skype into all their devices.this gives a wider range of devices to access.

Viber was one of the first Voice Over IP apps that was prominent at the inception of free Voice calls. Now it has grown into a full grown messenger with Voice and Video calls, messaging with lots of sticker and emoji support. The best feature of this messenger is Hidden messaging for those private conversations that you want to have. It also provides damage control by including the delete option for messages.

This messenger is similar to all the above but stands out in one specific area, Security. Yes, this is the most secure messenger of them all. The signal is the only private messenger that uses open source peer-reviewed cryptographic protocols to keep your messages safe. It is a free and open source software enabling anyone to verify its security by checking its code. Your communications are completely encrypted and no data is stored on their servers.

These are the most prominent free Android calling apps, among the hundred of calling apps out there. If you have better options, please share them with us in the comment box below. 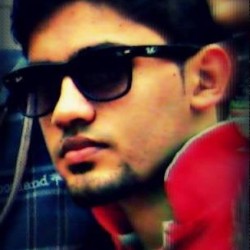